The game is out now on the Nintendo Switch eShop featuring crossplay with the Steam version!
As usual, Steam owners have received 1.1 as a free update.

Check it out here: 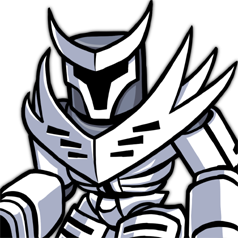 Tough as a tanker and nearly as big, Tetron is a walking battleship armed with jet boosters, lasers, and some of the most devastating moves in all of Slap City. He may be slow, but once he gets his hands(?) on his opponent, it's all over. 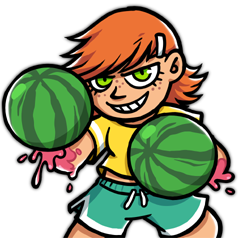 Though she appears to be a boxer, Orka just likes to put melons on her hands and hurt people a lot. Few in Slap City can match her speed and technique, not to mention her actually illegal ability to punch through shields.